Sicily has many positive images (as well as a few not-so-positive), but when it comes to Sicilian wines, the subject is a bit of a puzzle to many. There are several reasons for this, but lately, producers in select areas such as Vittoria, Noto and Etna are crafting some pretty special products that are receiving a lot of attention and changing the mindset of consumers and the wine trade about the wines of Sicily.

Perhaps the most positive notion of Sicily is that everyone knows the name, and anyone can find it on a map of Italy; this last point is certainly not true with some of the country’s regions such as Abruzzo, Marche or Emilia-Romagna. So familiarity helps gets Sicilian producers get a foot in the door in the market, but unfortunately the identity of this region’s wines has for too long been one of sub-par quality.

This is based on the notion that Sicily is not a place to produce wines of elegance and finesse; the hot climate leads to lower acidity, meaning the wines lack structure and freshness. Add to that the fact that for decades, most table wine that emerged from the region was little more than bulk wine; flavorful, yet heavy, these wines were often shipped in tankers to other parts of Italy to “beef up” lighter red wines.

In fact, the history of quality for Sicilian wines in previous years was primarily focused on Marsala, one of the world’s most highly praised fortified wines, made in several styles, from very dry to medium-sweet. Yet even given the renown for the finest examples of Marsala, the strongest image with this wine for many consumers is for cooking, as with Veal Marsala or Chicken Marsala, hardly the stuff of greatness. 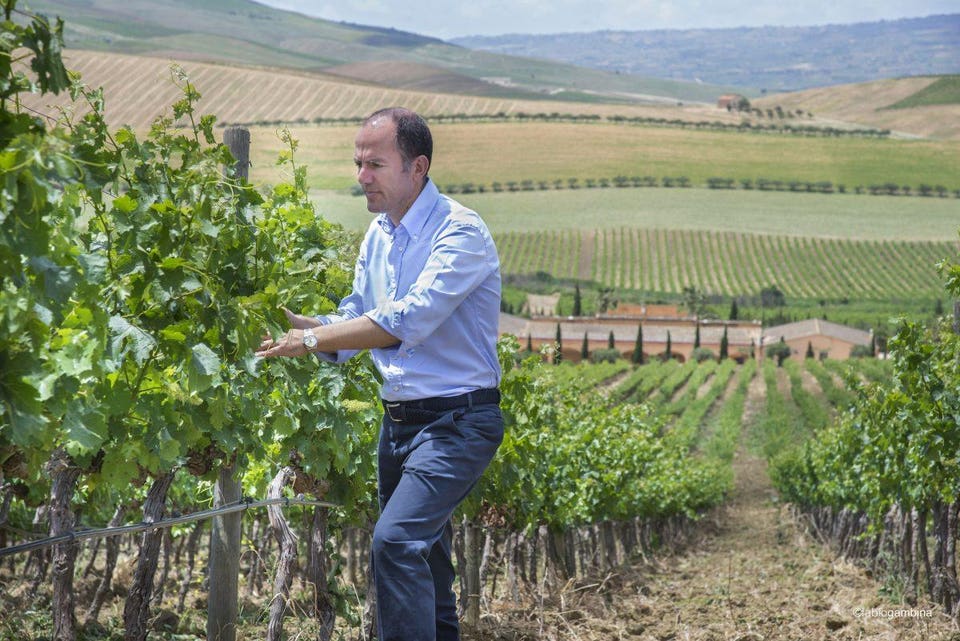 Antonio Rallo, proprietor of Donnafuagata Winery, one of Sicily’s most famous producers (PHOTO COURTESY OF DONNAFUGATA)

About 40 years ago, a few producers decided to do something about the image of Sicilian wines, so production of bulk wine was decreased – although it is still a large part of the region’s wine industry – and planting of international varieties such as Chardonnay, Cabernet Sauvignon, Merlot and Syrah were undertaken. Add to this a new focus on indigenous varieties such as Grillo and Carricante for white and Nero d’Avola and Frappato for red, and all of a sudden, the Sicilian wine pallete was aglow with a multitiude of colors and flavors.

Talk to enough Sicilian producers and you’ll learn they believe that Sicily is a magical place to make wine, as it is such a distinctive land. “The climate, the countryside, the customs, the terroir and its varieties are very different from other regions,” says Alessio Planeta, co-proprietor of his family’s winery, one of the region’s greatest ambassadors. 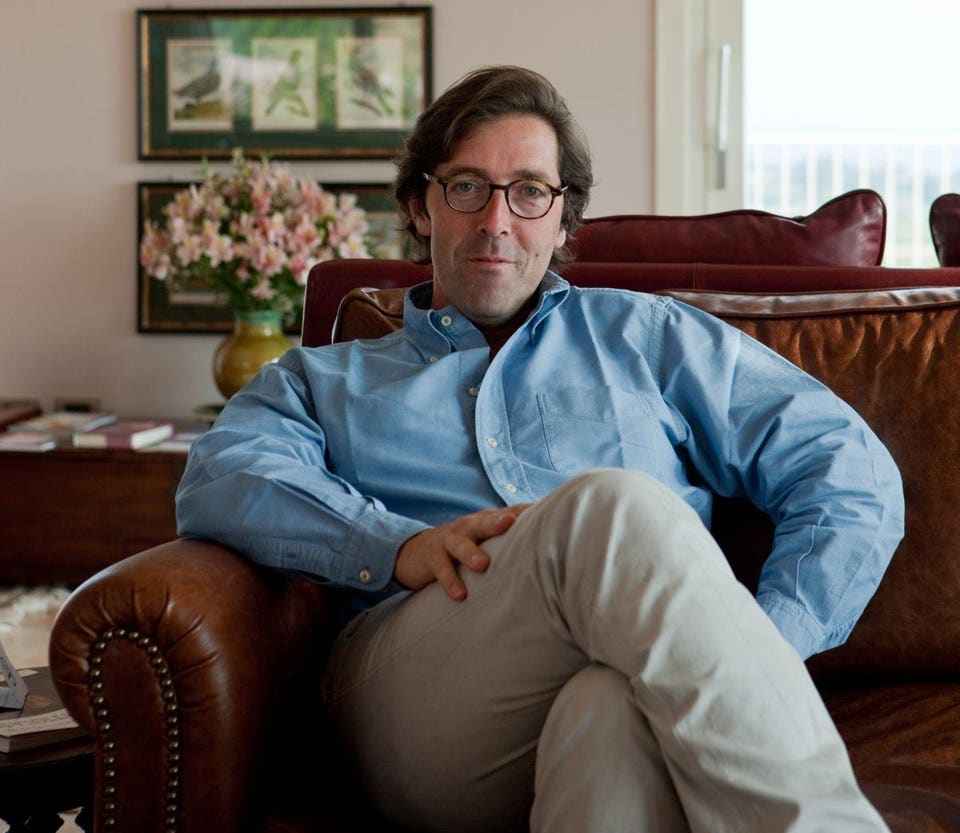 Alessio Planeta, co-proprietor of Planeta Winery, one of the best known of all Sicilian wine estates (PHOTO COURTESY PLANETA WINERY)

The weather, though it may be hot, does assure that almost anything can grow on the island. “Sicily is regarded a place that can grow almost any grape presenting an extraordinary patrimony of biodiversity with over 70 indigenous grape varieties,” comments Antonio Rallo of Donnafugata, another renowned Sicilian wine estate. “This is why people describe Sicily as a wine continent.”

Given its viticultural history skewed toward workman-like wine, it is no surprise that there has not been an iconic Sicilian wine, such as Brunello di Montalcino from Tuscany, Barolo and Barbaresco from Piemonte or Amarone from the Veneto. While this may have meant a lack of media attention toward Sicilian wines, the renaissance that started 40 years ago and continues today, has resulted in exciting new ventures and paths of the region’s viticulture. “Sicily is in a constant acquisition of auto renewal,” says Planeta. There is an improvement in knowledge and awareness of our terroirs, as well as among ourselves.”

Today, the wines of the Etna District in northeastern Sicily, are the ones that garner the greatest attention. “Etna is the hot ticket for driving Sicily’s quality image, both in Italy and abroad, with its cooler climate, volcanic contenders red Nerello Mascalese and white Carricante having attracted much global attention among sommeliers and independent merchants,” Rallo remarks. Planeta agrees, commenting, “Etna has the magic at the moment and is a positive thing for all of the island.”

The wines of Etna are something of a minor miracle given the rocky soils of volcanic ash and pumice that were formed by lava flow from the nearby volcano. It’s a difficult venture for a grape grower, notes Giuseppe Tornatore of the eponymous Etna estate. “It takes a lot of patience and dedication because what elsewhere is done in one year, it is done in two years in Etna. It takes a lot of sacrifice, suffering always the magnetism of the volcano and everything that depends on it.”

Examples of Etna Bianco are made primarily with the local Carricante grape and have various characteristics, with some offering melon and pear fruit, while others display distinct minerality, even resembling the wines of Chablis in Burgundy. Overall, the best of these whites have shown tremendous improvement in a very short period of time.

It is the reds however that are most famous, made from the indigenous Nerello Mascalese variety. These wines have been called “Italy’s Burgundies,” and no wonder given the appealing cherry and sometimes strawberry aromas and its sleek finish. Some producers have opted as of late for a more powerful style of Etna Rosso that is more tannic (almost like a Nebbiolo-based wine from Piedmont), but this dual identity only adds to the allure of the red wines of Etna.

Planeta Winery near Noto, one of several wine facilities of the company (PHOTO COURTESY OF PLANETA WINERY)

Arguably the best-known red from Sicily over the past twenty years has been Nero d’Avola, an indigenous variety. Its popularity is due to its appealing black cherry and plum fruit backed by relatively smooth tannins. Sicilian producers love it, as it also works well when blended with other red varieties such as Merlot and Syrah.

The Duca di Salaparuta winery bottled the first monovarietal Nero d’Avola they named “Duca Enrico” back in 1984; today this is still regarded as one of the best examples of this variety. Other classic examples include the “Mille e Una Notte” from Donnafugata (about 90% Nero d’Avola) and the “Santa Cecilia” from Planeta, labeled as Noto DOC. This last wine, initially made in the 1997 vintage, has become a classic example of Nero d’Avola structured for aging, as 12 and 15-year old bottles are still drinking well.

Another red that has become successful over the past few years is Cerasuolo di Vittoria, a blend of Nero d’Avola and Frappato. Cerasuolo means “cherry like”; this fruit emerges in the aromas, along with red and orange rose perfumes, and there are soft, silky tannins, thanks to the Frappato. Here is a red that tastes great when chilled for 15-20 minutes, and given the lightness of the tannins, it is ideal with duck breast, chicken in red wine or even tuna. Top examples include the Feudi del Pisciotto “Giambattista Valli”, the “Floramundi” from Donnafugata, and the alluring, ultra delicious “Dorilli” from Planeta.

Briefly on whites, Grillo is an indigenous variety that for years was used in the production of Marsala. But on its own, it has appealing exotic fruit aromas and pairs well with a variety of foods, from poultry to lighter seafood; look for the examples from Valle dell’Acate and the “Sur Sur” from Donnafugata.

There are countless other whites that I can recommend, from the 100% Fiano from Planeta known as “Cometa,” a sumptuous, dry white that is among Italy’s best, as well as “Lighea” a dry Zibibbo (Moscato) from Donnafugata, and the Tasca d’Almerita “Contea di Sclafani” Chardonnay. There are countless treasures – white, red and sweet – throughout Sicily – and the best producers there are diligent in their efforts to take the region’s wines to the next step, as Planeta remarks. “We are past the period of experimentation and are now in a period of increasing our knowledge of our terroirs. We are uniting the results of past years with a studious attention of tradition.”

The rest of this interesting article and the notes on current releases are here.