A country road connecting Gela to Kamarina going through Cerasuolo di Vittoria hills and from Caltagirone it continued to Catania and Lentini. This road is the SP68. One might think that there is nothing special about this road but if you know about Sicily wine then you know about this road. It crosses Fossa di Lupo District where one of the most special wineries in this island is located: Agricola Occhipinti, where owner and winemaker Arianna Occhipinti produces her world-known wines.

Agricola Occhipinti is in the Southeast corner of Sicily. The first vineyard the winery acquired is in C. da Fossa di Lupo, followed by another farm, Bombolieri in 2012, located on the County Road 68. It is a vineyard with a limestone soil and twenty-year-old vines. Bombolieri was an abandoned vineyard that Arianna had to recover. This way, having to work from the ground up and alongside her uncle, Giusto Occhipinti, owner of Sicilian Azienda Agricola COS, she learned the proper way of laboring the vineyards and winemaking. 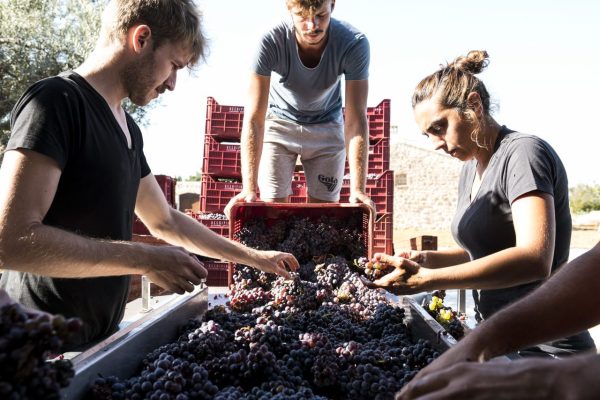 She always worked in a natural way, though her wines are not certified as natural, as she believes: “It is a natural wine as I think about myself, that’s how I am. It comes from my sensibility towards true things and from my gestures, my loving attentions. A wine that, in its harmonies and roughness, talks about the land where it comes from and about me. That’s why I think that the natural wine, besides being a good wine is also a human wine.”Arianna works with autochthonous grapes only: red varieties Frappato and Nero d’Avola and white varieties Moscato de Alessandria and Albanello. 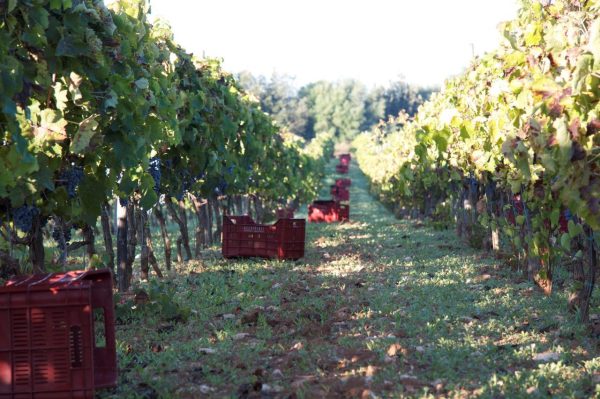 Frappato is a single varietal Terre Siciliane IGT wine. 30 days of skin maceration. A part of it stays in concrete and another part in large 25hl Slavonian oak barrels for 12 months and then one extra month in the bottle.

The designation of the country road names Arianna’s two other blends that’s instead of oak barrels grow into becoming a wine in concrete vats. Both are Terre Siciliane IGT. SP68 Bianco uses Moscato de Alessandria and Albanello and SP68 Rosso is produced with Frappato and Nero d’Avola. After 15 days of maceration on the skins, the wine is kept in 85hl concrete vats where it stays for seven months. After this period, the affinamento in bottle lasts one extra month.